The crime about June 12 was that some cabal secretly plotted against Abiola and eternally denied him of the mandate that the Nigerian people gave to him. He was asked by the people to give them hope, but a few hopeless and selfish persons, some of whom unfortunately are still around the corridors of power decided otherwise.

May each June 12 continue to unsettle the mind of the wicked. May it bring jugdement who those who spilled the blood of the innocents. 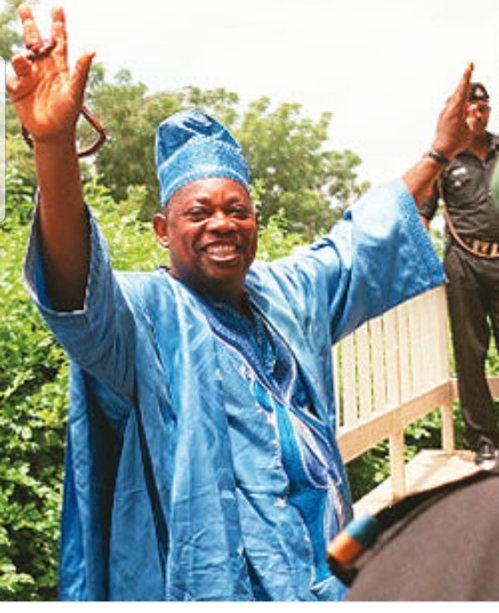 I remembered when my parents used to talk about how life was in the 1950s and 1960s. Then I used to imagine how they could possibly remember things that happened so long ago vividly. Now that I am an adult, I think I understand better how time can fly and then 14 years can be like 4 months!

This is the way that the time that had passed since June 12 1993 to this moment seemed to me. In fact, June 12 seemed to me like yesterday. It’s all so fresh in my memory. I was studying at the University of Lagos at that time.

As I remember June 12, I will dwell on the principles of the events of that day and not on the person of MKO Abiola, Bashir Tofa or the tropical gangster called Babangida. The reason why I will not dwell on personalities fully is because the election was not about them, it was about democratic principles and the rule of law.

On June 12 1993, millions of Nigerians voted in the best election ever conducted in the history of Nigeria. It was possible for the people to vote right because the elections were properly planned and well conducted. There were pre-election debates and it was easy to know who was intelligent and who was really dull.

The people voted and the results were rolling in more to the favour of MKO Abiola. When it became evident that Abiola would win, Bashir Tofa (the opponent) was said to have sent him congratulatory messages. Now, that is a good man when it comes to the spirit of politics without bitterness. Records have it that as the results were been announced, the prices of goods and services were dropping.

There was a tailor who refused to be paid for the services he had rendered. He was so overjoyed that “at last” hope has come to the people. That was the spirit and mood until Nigerians received a rude shock from the nonentity called Babangida. This useless man cancelled or annulled the best election in our history.

There were many theories to this annulment including that Abiola is a creditor of the government, or that a few idiots would not like to see him be president of Nigeria. Some people said it was because of what he did when he was in NPN that he betrayed Awolowo. I will not be drawn into these kinds of thoughtless arguments. The fundamental thing about June 12 was that an election held and Abiola won.

The crime about it was that some cabal secretly plotted against Abiola and eternally denied him of the mandate that the Nigerian masses gave to him. He was asked by the people to give them hope, but a few hopeless and selfish persons, some of whom unfortunately are still around the corridors of power decided otherwise.

The annulment was resisted by many true democrats, some were killed and many went into exile. Some people chickened out and were back in subsequent governments because they were simply thieves and opportunists originally. The vice-president-to-be for that annulled election is now back into the new illegitimate government that started on May 29 2007. This will show any reasonable person that such people have no shame for their misdeeds and I doubt that this man was not once a looter of our treasury.

They never get enough, do they? They always stage a return to our lives and the implication is that since 1960, we have had a system of recycling sycophants in our government houses. Those that cannot be recycled stay out as useless godfathers-destroying the system to selfish ends. Many people died in the struggle to actualize that mandate popularly called JUNE 12. May their souls find peace.

They are more honourable than Babangida and his hopeless cabal put together. It remains to be proved if there were no foreign interference in the death of MKO Abiola himself, the man widely believed to have won the 1993 elections. It is not understandable why he died under questionable circumstances while a delegate from the United States was visiting him.

How did a cup of tea become a poison? Historians have their hands full there and those who know the truth but cannot say it will always be judged by their consciences. MKO Abiola died when many thought he would be released to claim his mandate after the death of one of the notorious generals called Abacha. The implication is that he was up against an evil cabal who will not mind travelling to hell just to deny him.

Indeed the cabal succeeded in their plots and 14 years after, can anyone see any progress in Nigeria? Don’t even think about the GSM, I am tired of that jingle as a measure of progress.

One thing is sure, in as much as we have refused to take the right steps and as long as we have not resisted those who are manipulating our country to a selfish end, millions of people will continue to live in poverty. This is not a curse, I lived through this dilemma and my family and friends do not deserve my curse. It is just what I call the unarguable reality of our lives.

It is not for fun that the holy books stated that “You will know the truth and the truth shall set you free”! It is one thing for us to know the truth, acknowledge it, make amends and set Nigeria on the path of glory and it is definitely another thing to continue to deny ourselves the knowledge of the truth, make a few people enjoy the fruits of the land and leave the helpless and resilient majority wallowing in absolute/abject poverty.

The way to GLORY will be a struggle on all aspects of our lives, social, economic…and so on. The way to prosperity and the good of all will be to seek the men and women who will be ready to serve selflessly and dedicatedly.

In Nigeria, we need the rule of law above the rule of men. May each June 12 continue to unsettle the mind of the wicked. May it bring jugdement who those who spilled the blood of the innocents. AND May the goodness of June 12 bring milk and honey back to the Nigerians who are weak and poor, living on less than 1 dollar a day. This is my personal opinion and that is the way that I see it.

The part of our constitution that grants immunity to governors, presidents and other thieves that have been in public positions or power in Nigeria is very appalling.I can imagine that that part was written be some thieves too.

So in essence, our constitution gives room for stealing and looting of public funds without liability to prosecution.This is very ridiculous and it is the height of madness in public service.

There are many reasons why public officers should resign from office or be dismissed. Tax evasion and falsification are 2 examples among numerous scandals in the Nigeria Political terrain. Looting is the greatest crime. Invariably, almost everyone who is expected to serve in Nigeria turned out to be a thief of some sort.

In other places, people can be probed immediately they are alleged to be involved in financial misappropriation and they can be prosecuted immediately and disgraced out of office. In Nigeria, that is not the case. We have to wait until they have left office. In the end, many of them get away with the looting.

There is no way we can make progress in Nigeria unless we start to ask for honesty and sincerity in public offices. If we continue to look the other way because our family and friends are beneficiaries of this looting, the majority will continue to suffer and that is not fair. The life of the citizens should not be based on “lucky chances” to get into privileged positions, it should be based on equality, mutual consideration and the good of all.

I am looking forward to Nigeria been able to delete completely (not amend) that part of the constitution. A new section should be written to state that anyone found wanting with public funds should go to jail. There should be no questions about that. What is bad is bad, it has no alternative name.

If we don’t do that, then I am afraid that the war on corruption will continue to be a fruitless chase. It will only exist in our imaginations.