When you don’t find me here, it means l am busy on instagram.

I always need sometime to reset my brain when Nigerian politicians and their acts come in between my flow of normalcy. Some people are launching boreholes, the senate lauched a sugestion box and now Lagos state just launched a bus terminal (plus Eko Atalantic scam for the second time). Something is wrong with these people and their heads (are incomplete).

I don’t Get It. Why Launch Boreholes and Bus Terminals? 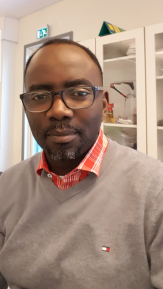 I don’t know where to place the rating of the politicians we have in Nigeria.

Sometimes l’m gazing for several minutes and trying to let my brain do the thinking. If l was in a gathering, someone nearby would need to snap a finger to bring me back in. If l was at a dining table, someone else would ask, when are you going to start eating? I always need  sometime to reset my brain when Nigerian politicians and their acts come in between my flow.

Everyday near my local government, there are construction works going on. Houses are springing up. Environmentally friendly schools are emerging. Road networks are expanding and various roudabouts are constructed along the way to ease the flow of traffic or to minimise accidents (the targets still being zero accident annually).

As soon as a project is completed, people start to use the facility and new ones are upcoming. The government through the politicians and other stakeholders have the obligations to continue to build and maintain various facilities and infrastructure. There are no doubts that the government must peform. It is a rare occurence in developed countries for something to be declared opened or started with wastage of public funds. It does occur but it is not the norm.

Nigerian politicians think that they have done the people a favour by completing a project. It’s an insane impression to say the least. In the eyes of the world, it is an abberation left to people of low mentalities. What is the job of a public servant if not to serve the people like a servant? What is the job of a governor if not to ensure that facilities are in place and that infrastruture are up and running.

So, you build a bus stop and you think it is a big achievement probably because you think it is the most beautiful bustop in Nigeria. We are in trouble in Nigeria. Little wonder the standard of living is low and the cost of it is in the sky. Misplaced priorities.

No matter how fanciful or dirty a bus stop is, there should be no glory attached to it. Did anybody force Mr. Ambode to become the governor of Lagos State? The most ridiculous part of the exercise is that even Mr. Buhari left all the security challenges in Nigeria to attend to opening a bus terminal. This is the (ridiculous) height of (mis) governance in Nigeria and this is why some outsiders think that Nigerians are slaves even in their own country.

Furthermore, there is no reason under the sun to truncate normal working hours and other people’s businesses even if Mr. Buhari wants to come a see a new busstop for the first time in his life. It was a shameful package.

These types of things should never be allowed. How l wished the people of Lagos had gone out in their millions on that day instead of complying with a useless directive from the governor. Imagine if over 15 million people decided to ignore a useless directive of workfree day! Imagine how we could have changed the course of history!

This is what the civil society owes itself. To stand against all forms of tyranny either from military men or civilians who think they are warlords. Nonsense and ingredients!

This act of launching irrelevant things is too common in Nigeria. The people are gullible. How many people remember that the Nigerian Senate launched a suggestion box in the senate? One picture went round the world showing Nigerian politicians lauching a borehole. Billions of naira are earmarked annually in Nigeria to launch roads that soon vanish, bridges that soon collapse, schools that never emerge, hospitals that we never see. Several more billions disappear on the pages of budget proposals. What a country!

I don’t know if this will be the last insult from the APC led government in Lagos on us. But l hope it is because l am so not looking forward to the APC or the PDP in the 2019 elections. I am already saddened knowing that Nigerians never learn how to kick out corrupt and bad governments. No revolt is even in sight against these massively corrupt and shameless criminals in power.

I am sure the rivers of faeces running on my streets in Festac Town are still running because Buhari’s FHA thinks it is the job of Ambode’s APC and Ambode’s APC thinks it is the job of the local government chairman who probably never takes a tour of the council. The local government chairman will also push it to the ward councillor. The cycle of idiocy will continue and the people will be tired and start to pray.

In the end it is the people who continue to suffer the rising epidemic in Festac. More deaths will occur due to water borne diseases and sanitory problems. I pity the residents of 402 road and other places in festac. They are living in bondage. In 2019, some of these residents will campaign for Ambode and APC. What is the meaning of slavery again? Both APC and PDP should be discarded! They are both criminal organisations.

In 2020, we should be blaming others (or new people) for our problems and woes, not the same old people we have known since 1999. Only fools and idiots will go to the polling stations in 2019 and be casting their votes for APC and PDP. Both parties are reminders of den of criminals and total failure of governance.

Enough is enough, lets try other options and on the long run ensure that we change from the useless unitary government to regional government.