The Unbroken have destroyed the Broken in different ways. The rules are now largely unwritten.

To Nigeria, my first love. 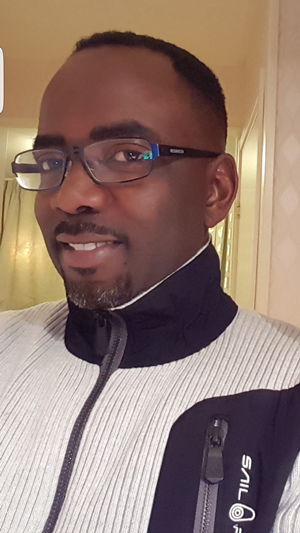 One of my friends wrote something on his social network page recently. He wrote: the more things change the more they stay the same.

Charles Adagbon my friend was reacting to some aspects of the budget proposed by the Buhari-APC mandate for 2016.

As hard at it may seems, Nigeria is a micro-representation of the persistence of both mental and factual slavery. If taken even more broadly Nigeria is a classical society where all the instruments of mental slavery have become deep-rooted as a result of several centuries of acceptance of lies and fallacies.

The situation in Nigeria has become extremely very complicated because the majority of the emerging generations were never exposed to a life of truth or justice. They neither ask questions nor seek the truth.

At this moment you have an accumulation of different aggregates. The most aggresive and the most vocal have a collective mentality that is deformed or permanently obscured if not damaged.

No apologies writing the truth. Lies have been told for centuries and they have become the truth for the people, even globally. Nigeria is of concern because it remains my first love. My heart never departed from Nigeria.

Now, for more than half of a century the handlers of Nigeria who took over directly from the colonialists have perfected the acts and practise of mental slavery.

Rather then freeing their people by telling the truth and promoting social justice, they chose to develop more along the line of oppressing the masses. They sustained the global stratified-system created many centruries ago.

The handlers of Nigeria belong to the category of evil rulers of the world. They are the Unbroken. They have done all that is necessary on their parts to sustain the lies and instruments of governance that keeps the people as both the slaves and the needy.

While promising the promise land since 1960, Nigerian politicians have continued to steal, loot and accumulate wealth for themselves, their families and even generations unborn. These are typical traits of the Unbroken.

Along with the highly-ranked military officers, the Nigerian politicians represent the elites in Nigeria. The ring is expanded when accomplices from the population pool are co-opted and given the means to wealth-an ageless and timeless instrument of oppression.

With propaganda that are well enforced even before 1960 the ordinary Nigerians continue to wait, generation after generation, for the promise land. When lies become permanent, history has it that they become acccepted as the truth by the majority.

Uncountable writers and social commentators have lamented the roles of religion in the institutionalisation of slavery in Nigeria. But the truth is now hard to accept because majority of the people have lost their senses of freedom and reasoning.

Therefore, religion thrives side by side of poverty and vices too numerous to mention. The people who practise religion in Nigeria are the same people who practice the vices. Still, it is impossible for our people to see and understand that the truth is hidden from them.

Some are afraid of learning about history because they think that history is highly distorted.

But the distorted parts of history is what led us to where we are today especially on the African continent which used to be home also to substantial part of the the present day Middle East.

If the original Ancient Egypt is sincerely reconstructed, there will be remarkable peace and understanding on earth as early as tomorrow.

Justice and emancipation will follow because veils and robes will drop and senses will be used rather than emotions attached to faiths and fictitious heroic figures.

But the Unbroken will never allow that. The world order will not allow the Broken to be totally free.

They have killed for it- through Christianity, Islam, crusades and slavery. They will do so again. Fear is one of the secrets behind the success of slavery and all forms of invented religions.

One of the difficulties I faced putting this essay together was limiting myself to Nigeria, my first love. This is because the problems in Nigeria as local as they appear have antecedents that transcend Nigeria.

The common enemy is the Unbroken occuring in different shades and degrees in different places around the world.  So, invariably it is complicated. My swing here and there is deliberate, because sometimes people think I blend issues. But my head is clear about where I am coming from on this matter.

But some people will understand these words written here beyond this point. I free myself of the obligation of being explicitly understood.

Coming back to Nigeria again, the Unbroken do not only keep its rank, it also find willing tools easily nowadays. The recruitment process has become automated. It works in many ways.

For example, through the creation of what is known as political parties, the Unbroken have automated the process of willing slaves.

There are people in Nigeria who will lay their lives for their political parties despite the fact that the politicians are the same category of people-oppressors and representatives of the slave masters. Go figure..!

Another process of automation is the escape-from-poverty syndrome. Our people have had their existences reduced to mere survival. Therefore the Unbroken have made a thin divide between themselves and the Broken.

A broken Nigerian becomes Unbroken as soon as he emerges above that thin line. He has been trained as a fighter all his lives. This is why there is no difference between a successful civil servant or corporate worker and a successful criminal in Nigeria.

Wealth and a sense of doing-well bring Nigerians into the Unbroken category. No further questions are asked about wealth. It does not even have to be created. Have you heard about get rich or die trying?

The meaning of life is lost since the mentalities of the people have been permanently destroyed by the existence given to them by the Unbroken and the institutions of the Unbroken in which religion plays a psyche role.

There are other ways the Unbroken have destroyed the Broken. The rules are now unwritten. Physical slavery has longed been transformed to mental slavery.

This is where we are and this is the mountain we try to surmount when we tell the people that the enemy is a common numerator. The rest of us have been splitted into different denominators.

It is a sad situation for Nigeria.

That is why in the words of my friend, the more things change the more they stay the same. Staying the same is the aim of the Unbroken. It is in tune with their mission. We the oppressors can change, but the people we oppress must stay the same.

Is there a way out?

One of the questions we face as commentators is what are you going to do about it?

Adeola Aderounmu will keep writing about these things. The truth is worth dying for. I don’t know about the others because l have seen many people crosssed from the Broken to the Unbroken in the years that l have been on this side of the divide.

I will stand with the Broken Nigerians all the days of my life no matter how comfortable l become and no matter where l am.

The Broken have always lost the battle since time immemorial sometimes through outright massacres. They continue to lose their voices because of the crossover of those who they think were with them.

Why do you think they say, if you cannot beat them, you join them?

There are many slogans and even games that have been used to sustain this global madness.

On historical accounts, the cost of freedom throughout civilisation remains high. The most fundamental ingredient of freedom is the people staying on the same side and fighting the common enemy and the institutions of oppression.

Sadly too, history has massive records of betrayals and deceits.