By all means and at all cost, the slave traders of Libya must be found, arrested and prosecuted. Justice must prevail or this will happen again. 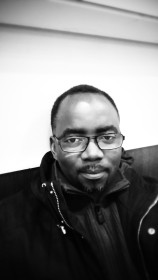 Libyans are today presenting an image that shows that some of them are the most useless humans on earth in 2017. No other country in the world can compete with Libya as the domain of some of the most complete fools, idiots and silly asses that the wold knows today.

The reason for these qualities are not far fetched.

Some Libyans took advantage of the economic migrants in their domain and sold them as slaves. The internet is awashed with the gruesome images and videos of how Africans are sold as slaves in Libya. It was CNN that probably first reported the news.

It sounded as if Libya is not in Africa. Actually that is one issue that still needs to be addressed. How do North Africans view themselves? I have seen some football matches where North African footballers behave unruly to players and officials from sub-Saharan Africa. I get the impression that they think that they are superior to the rest of us. Foolish thinking!

Libyans are traumatized. They are a people so foolish they killed their former ruler. I am sure they never expected that their lives will be turned upside down as it is today.

How could they be so foolish and ignorant of what was to follow the assassination of their ruler? They stupidly connived with the west and eliminated Gadhaffi.

Since then, their lives have been in turmoil and there has been complate breakdown of law and order.

It is really sad that this is the route that our brothers and sisters from sub-Saharan Africa choose in their quests to reach Europé.

Definitely one cannot exonerate the stupid rulers in sub-Saharan Africa. In general, there is failure of leadership in Africa.

Africans, south of the Equator is a place where men and women ought to be living like Kings, Princes and Queens. This is a part of the world that is blessed with abundant resources and human talents.

Sadly the rulers and politicians in that part of the world are totally crazy. They are the ones who are misruling their people and forcing them to become economic migrants. It is the misrule in sub-Saharan Africa that is serving as the source of the men and women sold as slaves in Libya.

For now the criminals who sold people as slaves in Libya need to be apprehended and served some very long prison terms. By all means and at all cost, they must be found, arrested and prosecuted. Justice must prevail or this will happen again.

The governments all around Africa must begin to rethink governance and meeting the needs of the people in their individual countries and allowing treaties that ensure that human rights are not violated across borders. Those slave-dealers of Libya must be used as examples of the importance of the laws in Africa and globally.

For all the errors of judgment that led to the elimination of Gadhaffi and the lawlessness that now pervade in Libya, the world must wake up and the world must ask for the rebuilding of Libya. Libyans are traumatized and they are transferring their traumas and aggressions to dark-skinned Africans. They do not have the permission or right to do so. Again, those who have committed these crimes must be made to face the music squarely.

The rest of Libya deserve our sympathy. Together, they are all not feeling fine. The behaviour that emerged amongst them, though criminal, must also be deep rooted through psychological rebuilding. The people of Libya may be crazy. Definitely they are inhuman.