In his eyes, he (Saraki) is fighting a political battle. In my view, he is a thrash that Nigerians have refused to dump in the un-recyclable bin. Saraki and the rest like him in/out of politics are not the shame of Nigeria alone; they are the scum of [the] Africa that we are hoping to turn around.

No Rage, No Change! 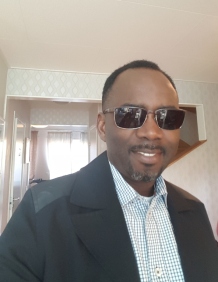 In Nigeria criminals in government do not resign even when they are discovered.

A bigger worry is how these criminals have found their ways into governance especially since 1960.

We have read about, seen, and experienced the misrule of Nigeria since the mantle of reign fell on the citizens of Nigeria after independence in October 1960.

What is sad is that the federal government of Nigeria over the years and till date is still very disrespectful to the citizens, failing to address issues and lacking any form of proactive-ness.

A global scandal swept the world a few weeks back. It is now called the Panama Papers.

What followed in many parts of the world following the revelations is instructive.

One of the major casualties was the (former) prime minister of Iceland. The man did not even try to go to court to ascertain if he was guilty or innocent. He just resigned.

Definitely, the prime minister could afford to put up a team of lawyers to defend him and his family. He could even point out that the country is a developed country and that the people should not worry about his wealth on a strange island.

His conscience was enough for him.

He resigned and took a bow out of governance.

There was another man working for Transparency International in Chile. He was indirectly involved in some revelations bothering on the panama papers. He has resigned.

Some prominent Nigerians got mentioned in the scandal. It is not as if Nigerians do not know already before that these men are criminals.

Nigerians know that but they have not taken the bold steps to pursue and chase these bad men out of governance. They should be facing justice outside of governance. Not within it.

If the men mentioned in the panama papers were getting favours from government thereby getting rich at the expense of the people and country, Nigerians care less.

Names like David Mark for several years have become synonymous with endless, shameless scandals. Names like Saraki have been associated with the spread of poverty in Kwara and now across Nigeria through the senate.

Yet these names and several others in their class continue to steer the affairs of Nigeria.

Nigeria is a special country and Nigerians are special breed.

No one can write enough or fill the volumes when it comes to corruption and the criminal tendencies of the Nigerian political class, their families, employees and friends. It is one of the greatest scandals under the sun-that criminals rule over the largest accumulation of the black people in the world.

There is a grading of political thievery in Nigeria, that much l have explained in several essays.

Then when the blend of tribalism and religion are added, you have an insolvent that is going to last for as long as Nigeria exist unless an unexpected revolution wipe things and people away.

It is not in the character of Nigerian politicians or prominent politicians with skeletons in their cupboards to resign.

Rather it is in the character of the people, due to more than 50 years of disorientation, to align themselves along tribal or religious lines and defend the evil people in Nigeria.

The role of the law in Nigeria is another disgusting aspect of the ease of evasion of justice.

The prime minister of Iceland could have stayed on and fight.

But there is justice and there is conscience. In Nigeria, we lack both.

The politicians and criminals in public offices have no conscience and the people do not understand the real meaning of justice. So the judiciary served them with rubbish as justice.

Mr. Saraki wanted to be tried in the court of law for all his crimes and at the same time hang on to power.

Everyday new scandal emerged about this man who now appears to be bigger than Nigeria.

In his eyes, he (Saraki) is fighting a political battle. In my view, he is a thrash that Nigerians have refused to dump in the un-recyclable bin.

Saraki and the rest like him in/out of politics are not the shame of Nigeria alone; they are the scum of [the] Africa that we are hoping to turn around.

Indeed we know that all the political parties in Nigeria harbour thieves. Our dilemma will remain how to weed all of them before the end of the next century.

If we start now, we are doing our children a huge favour. If we don’t they will curse our graves.

The thieves in politics are too many and too cankerous to deal with under a normal system. If there is a system called flushing, Nigeria needs it.

This panama paper scandal came up not long ago. Our problems in Nigeria are older than more than 50 % of the population.

The panama paper is not our wake up call. It will fade soon.

We, the people have actually resigned long ago and left our fate in the hands of tropical gangsters in uniform and mufti.

Since we have resigned, criminals like Saraki and the others do not see the need to resign.

There is no shame even to family names that are now nonsense and rubbish.

They will fight back tooth and nail; they will hide under the permissiveness of law to justify evil.

Things are not going well for Nigerians right now, so it’s very easy to fight for one’s survival at the expense of the prosperity of the country.

It is very easy to become fatigue thinking about fuel, light, road and other areas that highlight the failures of past and present government.

The problems confronting Nigerians give the politicians an ease of passage, a ride over the will of the people. This has been the way since time immemorial.

In the face of all the problems, Nigerians must know that change as promised by the APC is not forthcoming for several reasons beyond the scope of this essay.

I can recall several golden moments in Nigeria’s history where the opportunity for change were missed including but not limited to the June 12 elections of 1993 that was cancelled by the military gangsters led by one Ibrahim Babangida.

Every time Nigerians needed to react in unity and show their rage, they divide along political lines, along religious lines and along ethnicity.

Nigeria needs a political solution before economic solutions or true changes can be reflected. The system of governance is not working and it is not going to work.

One factor that is missing and which can propel or force changes to begin is the “people’s rage”. It’s long dead.

Nigerians, read this loud. No Rage, No Change.

You can start tomorrow morning by sacking the wasteful, inefficient, needless and scandalous Nigerian senate. Then the change begins!