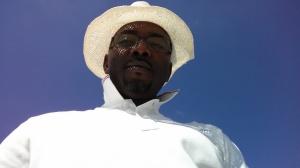 Pablo grew up in Girona. This town has about 100 000 people. His childhood went too quickly or maybe not. It depends on which perspective he chose. When he thought about the years he had to endure with his sisters, then it was a long, uneventful childhood.

On the other hand when he thought about what could have happened if he could turn back the time, then it was a period that went rather quickly. As a result of his feelings during his teenage and college days, he forgone many things that many other children his age did.

There are many things that Pablo will like to forget. There are so many things he hoped will be left in his thoughtless moments.

But what happened to Pablo actually that almost destroyed his life especially his relationship with his family. Here is the story.

Pablo has 3 sisters. He is the only son of his parents. At a very early age, he started to pull away from everyone in his household. He felt totally different. When his parents noticed his strange withdrawal, they tried to pamper him. Pablo’s withdrawal became more intense and his parents regretted that they did not consult a professional. Where did we go wrong? His mother pondered.

One day his father decided to take a long walk. He thought deeply about his family situation-how his daughters are having the best days of their lives and how his only son is turning to a complete stranger. He slipped at the edge of the pavement and broke a toe. He is a man who believes in omen. His favourite is the spirit of the puma.

Once he had a twisted ankle when he was taking a walk in the woods and thinking about Pablo. When he got a broken toe walking on the other side of the town, he decided that he will never worry about Pablo again. He thought he may develop a serious health problem like stroke if he worries more about Pablo. A twisted ankle and then a broken toe will do. The spirit of the puma will guide Pablo, he reasoned.

It didn’t matter what anyone did, Pablo did not feel that he was loved. At home the conclusion was that Pablo was acting the last child or the last born. One day Aleksandra the eldest sister told a joke and said, mamma, maybe you should have let pappa make the 5th baby. Maybe Pablo wanted a brother to play with. He doesn’t like us because we are girls.

Pablo was 10 years at the time and the joke turned out to be a bad one. He locked himself in the room and skipped school for 3 days. He came out only when everyone had left home and helped himself to some juice and biscuits. His mother cried. She was completely devastated how bad things turned out socially for Pablo.

Pablo had always thought that his sisters are getting all the attention at home. No one is sure exactly when he got that perception but it must have registered in his brain quite early. His mother even said, maybe he heard too many voices when he was a foetus and got fed up with everyone even before he was born.

On the surface everyone at home knew that Pablo’s feelings or perceptions were incorrect. But deep inside they don’t know what approach would make him cherish and love them the way they love him. So the most difficult task at home and sometimes at school and at the playgrounds was how to correct the impressions and help Pablo get along socially. He was growing up and his family feared that he may become a social misfit. This trait is uncommon in Catalonia.

What was obvious was that Pablo did not know how to feel as a boy because everywhere he looked in the house, he saw girls and things that belonged to girls. This made him uncomfortable and sad and he thought he was different from the other boys in his class. His heart continued to grow cold as he grew up.

Pablo hated school. It is a place that brought him in contact with many other categories of people. However he learnt to dissociate his social deficiency from his academic needs. Therefore he excelled even as a withdrawn student. This was one of the reasons his parents did not seek professional help for him. His future looks bright, his mother said to his father one day when they looked at some of his results after a quarterly conference with the school teachers.

When he was 18 Pablo started to work at the postal agency. He saved a lot of money because this is a work he had no need for. His father is wealthy and even his mother inherited a lot of fortunes from her grandparents. His parents understood that Pablo took the job so he could skip encountering his sisters at home. It was one of his weird ideas of what freedom means.

By the time Pablo became a graduate at the age of 23, there was only one of his sisters left unmarried. With only Cecilia at home, Pablo was beginning to see the world from another perspective. But he had a hard time to express his feelings. He never liked his sisters yet he’s feeling the vacuum created when Aleksandra and Viveca left home forever.

When he was a young boy he promised never to love anyone because he doesn’t know what it means. I will never know what it means to love, he told himself. He hated his childhood. He does not like to remember it. He felt lonely, quite often. These women have ruined my life, so he thought. He cannot remember when he started hearing their voices but it appeared like forever until now that Cecil is the only one left.

Despite all his troubles Pablo turned out to be one of the outstanding engineers in Girona. People have noticed that he likes to be alone but they have also come to appreciate his effectiveness and productivity at work. This was also an outstanding observation his former boss made when he worked at the postal agency.

Pablo found the courage and will to rent his own apartment. When he was 25 and Cecil was preparing to get married, Pablo decided it was time for him to move on. That’s what he did.

One day Pablo was tired after work. It was his third year at the factory and he had accumulated his annual leave. So he decided he will travel to another city in another country. He made up his mind to travel to a place he had never been before.

I will go to a place where nobody knows my name, a place where the language is different. So he left. He travelled by road to Barcelona and flew from there to St. Petersburg.

One day he stood at the central station at St. Petersburg. He was looking at the map, trying to find his way around.

But the map he was looking at was inside a frame made of glass. So it also looked like a mirror. He saw himself as he looked at the map for directions.

Suddenly he saw the image of a woman too. There was a pretty woman looking at the same map. She stood behind him.