By Adeola Aderounmu (Today is 11 years l have been on this BLOG, THY GLORY O’NIGERIA..!) 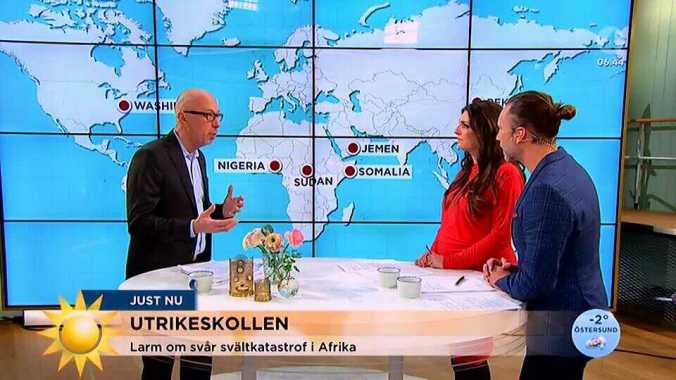 (A recent tv-program claiming that there is starvation in parts of Africa including Nigeria. This is the type of shame that Nigerian politicians bring to their families, fathers and mothers and the rest of us. How can a country so blessed be populated by starving children and jobless people?)

There are pockets of problems in Nigeria. The most visible in recents days is ongoing in the Eastern part of Nigeria as the Nigerian Military started show of might in some parts of Nigeria.

According to the military, these exercises are staged in a number of geographical locations in Nigeria. There is no external aggression against Nigeria so it suits the Military to oppress the civilians/citizens.

Sadly the exercise in the East is causing commotions and deaths because of the clashes between the Nigerian military and the members of the Independent People of Biafra (IPOB).

There have been a lot of arguments back and forth on who is to blame for the deaths and clashes. One person that l know stated that two wrongs does not make a right. Oh well, two shades of madness does not make a sense to me as well.

If your enemy is planning to roast you, you do not rub palm oil on your body and then start dancing near the fire (or python). At the same time, the one who does not let a sleeping dog lie would be bitten and may die of rabies.

In the year 2017, there are so many options open to agitations bothering on secession and independence. In the 1990s we saw the effect of war and stupidity as Bosnia and other nation went up in flames because people refused to talk. Way back in 1967 Nigeria herself went up in flames and the rest is history. How easily can history repeat itselt? Too easy as humans never learned. Humans are passionately foolish.

For BIAFRA, my opinion is that IPOB and MASSOB need to find a common ground as a starting point.

For as long as IPOB and MASSOB have differing views on how to achieve the BIAFRA AGENDA, the Igbo people are just deceiving themselves. Secondly, and after they have achieved a common front, they now need to get the support of the generality of the Igbo people including their politicians at home and at Abuja.

In order to be qualified for REFERENDUM, the Igbo Nation, as in all of Eastern Nigerian must be united in seeking the referendum in which those in support and those against BIAFRA can make their votes count. In asking for a referendum, it does not mean that all Igbo people are in support of BIAFRA, it only means that they will have a chance to test the popularity of the opinion.

A Referendum will not be achieved by violence and hate speech for which Nnamdi Kanu is a champion, sadly. A referendum will never be achieved as long as Igbo Ministers and Igbo politicians in Abuja are rubbing minds and asses with the rest of the country. It is not as if they need to come home to settle to Biafra, but their inputs are needed in achieving and testing the referendum. A majority outcome is the future of the Igbo Union.

Not even getting to that point makes a useless mess of the agitation of either IPOB or MASSOB. A war will consume them like a thuderous fire no matter the external or internal support. IPOB must understand the dictates of war. It is beyond street violence as the Nigerian Military as shown by their tiny operation in the East in recent days.

True it appears the Nigerian Military is controlled by the North. True, it appears that Buhari is a sectional ruler and a ruthless, thoughtless dictator… THEREFORE not playing by the rules of achieving a referedum makes it easy for him as a ruthless ruler to excercise military might.

To confront any ruler or government in Nigeria, any region or section that is willing to secede must first follow the books. To go to war with Nigeria means that the government of Nigeria have refused to listen to the voice of reason after every requirement for referendum or eventual secession have been achived. It would then be logical to accuse the Nigerian government of genocide or tribal killings (for which the military is already an expert, so don’t get me wrong). I am not in support of any military action or excercise in any zone in Nigeria. It is absolute nonsense and a provocative act.

A house divided against itself cannot stand. In my opinion a referendum is the way forward for the BIAFRAN AGENDA. It will be a very, very long and unwindy road to get to the point of a referendum.

Violence, war and forming local militias is not the way. History shows us that lives will be lost, the innocent will be massacred and the purpose will never be achieved. Only the manufacturers of weapons will smile to the banks.

So again, let IPOB or/and MASSOB come to the table and forge a way forward. Greed and thirst for power may eventually suffocate both groups. Get your people together, not necessarily because you think you are right to form BIAFRA but to vote against or for your call for the republic of BIAFRA.

Let everyone be prepared to accept the result of the referendum and let’s see where we go from there. Remember that as long as your Abuja politicians and state governors are singing a different tunes, then there will be no referendum, talk less of a BIAFRA that many people around the world belived died in 1970.

I am not an expert on this issue, l am just a blogger offering my opinion because l would hate to see a people suffer genocide in the hands of the one-sided Nigerian military.

However l am super convinced that if it were to be a country-wide revolution where all the people in the country (more than 150 m) pour to the streets at the same time for several days or weeks, the government will be totally crippled and changes including the emergence of new nations or the re-establishment of the old ones will emerge.

I amd also thinking about what will become of the IBADAN DECLARATION in the coming days. I wonder if it was an empty show where some people are also seeking for attention.

I am thinking loud about the major problems in Nigeria, a country so blessed yet so deprieved because of the greed of a few people who sadly are still in power no matter the political affiliation.

There is an urgent need for a political solution. With or without the IPOB uprisings, this country cannot hold for too much longer. We postpone the major evil days while the people experience taste of evil daily. This is not sustainable.

These are just my my unedited random thoughts in these days of uncertainty, lies, power vacuum and a propaganda machine in the hands of a very wicked style of government. The Buhari led APC government now ranks among the most useless government in Nigeria. It is the most hypocritical in the history of Africa. It is basically at par with the Jonathan government with regards to the number of criminals in its ranks from the president to the senate leader to the governors and the local government. It’s the same old sh*t.

Toying with this type of heartless criminals the way IPOB is doing is mainly suicide. There must be a way round…