The fundamentals of June 12 1993 revealed that every region in Nigeria should be allowed to control her own politics and resources just the way it was before the useless coups of the 60s. Regional government must now be allowed to stay and mature. 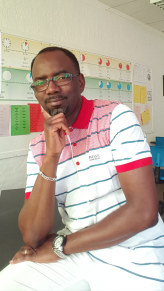 June 12 1993 will remain iconic and outstanding in the annals of Nigeria. It is very instructive also to relate recent developments in Nigeria to the significance of June 12 1993.

My blog (Thy Glory O’ Nigeria) is awashed with stories of the historic June 12 1993 election in Nigeria. One statement that l continue to emphasize is that the election was not about the contest between MKO Abiola of the Social Democractic Party(SDP) and Alhaji BashirTofa of the National Republican Convention (NRC).

These two presidential aspirants were only parts and parcel of a larger significance that the election and the results bore on Nigeria and the history of Nigeria.

To be clear, people have argued about MKO Abiola’s character and antecedents prior to 1993. Let us agree now that election is a process. It is an integral aspect of a democratic dispensation. Election is not a means by which anyone should supress voters’  or human rights. Election should not be a means to disenfranchising the people.

In 1993, the military gangsters headed by one notorious Ibrahim Badamosi Babangida commited the most obvious treasonable felony in Nigeria’s history when they annulled and eventually cancelled the results of the presidential election which held on June 12. It was generally known that MKO Abiola was poised to win.

The political transition that culminated in the botched election had been long and tiring. Nigerians had been patient and long suffering. But it all came to a dead-end when the tropical gangster Ibrahim Babangida willingly acted the script of the cabal and the North in ensuring that power did not transfer by vote to the winner from the South-West, MKO Abiola, despite the obvious facts that the votes had been accumulated across tribal and religious boundaries.

What he, Babangida-one of Nigeria’s most corrupt and shameless tyrant ever-failed to realise was that democracy is about the power of votes and the will of the people. He ignored the principles of human rights and the principles of democracy. He played out the scripts that seemed to have been written in Northern Nigeria.

He was disgraced out of power when he said that he stepped aside but he never faced charges for all the treasons he committed over the years planning coups and deleting election results. He was never prosecuted and lives today in a fortress in Minna. Ibrahim Babangida is one of the shameful symbols of the modern black race, a man who has no respect for life and values.

The discussion on why Nigeria’s corrupt elites and politicians have never faced corruption charges or even imprisonment is another inexplicable aspect of the Nigerian political terrain. That omission will continue to dent the intellectuallity of the black race.

Nigeria is an example of a country notorious for allowing criminals to roam free in the land, staging multiple comebacks to political scene and continuously looting the treasury till they drop dead or pass the shame to their children, accomplices and family members.

The obvious winner of the June 12 1993 election, MKO Abiola was eventually murdered in prison on July 7 1998 as he struggled to achieve the mandate given to him by millions of Nigerian voters. His death and how it happened remained points of discussions as different versions were thrown to the people depending on who was talking about it.

In 1999, Nigeria was eventually returned to civilian rule without the pressure of the June 12 1993 elections dwindling. One of the tropical gangsters in Nigeria, General Abdulsalami, who must definitely have a good knowledge of how Abiola was murdered under his watch eventually handed over to Olusegun Obasanjo, one of their own.

The arrangement perfected by/under Abdulsalami was a military one but it was masked by the hastened election that brought General Obasanjo to power. It was a move that was necessary to appease the South West after the murder of MKO Abiola. The North found a good ally in Obasanjo as he was now a civilian, eternally pro-North and anti-June 12.

Obasanjo was also a former military head of state and a major player in the electoral atrocities and malpractises of the late 1970’s. He handed over power to Shehu Shagari of the NPN. So for the umpteenth time, the Nigerian elites, the gangsters in khaki and the political pretenders refused to solve the political imbroglio that hung over Nigeria since the end of the civil war in 1970.

The fundamental lessons of June 12 are clear. Those who capture Nigeria at the center at any given point in time control everything. They have unlimited power and unlimited immunity. That is not true democracy.

It was the fear of losing that control that shook the North of Nigeria. It was that fear that made them murdered MKO Abiola. Those who sent Abiola to prison are the ones that killed him no matter how the murder was carried out. It was the North even if they had accomplices from other part of the country or from America. The story of Judas is common sense, not spiritual.

The fear of losing power under an authoritarian, unitary arrangement continue to grip the North. The North, over the years became too dependent on economic revenues from Lagos and the oil producing states. In the absence of clear cut agreement on how to sustain itself with the help of these undeserved wages should the structure change suddenly, the North continues to fear losing the center.

The North is always afraid and it continues to spread fear and threats among the other parts of the country as tactics for holding to power. In recent history, 3 key occurences have brought out the fear for all to see very clearly.

One is the annullment of the June 12 elections. If Bashir Tofa had won, the results would have stayed.

Two is the death of Musa Yar Adua and the desperation to prevent the emergence of Goodluck Jonathan as his replacement. The disastrous reign of Goodluck Jonathan did not help matters and the manner of his defeat through both [INEC styled] ballots and propaganda remain viable discussions for everyone keen on the progress of Nigeria.

The third is currently playing out. The absence of Mohammed Buhari and all the desperate measures now in place to keep the power in the North no matter the cost.

The crazy and defective ideology of born to rule is however the most significante revelation of the constant fear that grips the North. Unless one is born into a royal family, one is never born to rule. We have seen even how royal bloods continue to fade away globally. Born to rule is false hope.

In June 1993, following the annullment of the best election ever in the history of Nigeria, the message was clear: Votes will never count as long as the unitary system invented by the military persists. Nigerians were told pointblank that those who control the center will always decide the eventual rulers or Nigeria.

June 12 1993 showed us that Nigeria needed to restructure so that such errors and treasonable acts should never be made to reoccur. But the people were cowed and caged. Nigeria is still not restructured. Emergence at the head of the tyrannic unitary system can be well doctored by the electoral commission and the cabal. Past and recent elections under a unitary system justify these anomalies.

Since the end of the civil war, Nigeria’s problems have become more profound and complicated. All the arms of government are practically useless as criminals hold sway everywhere in government. No matter the scandal or level of corruption today, the unitary system does nothing to address the situation. The system bears almost no difference under the military or civilians as most of the people in power have turned criminals.

Nigerians are living like in a rat race with their destinies out of their hands and control. Attempts to address the anomalies have always been myopic and selfish because rather than take an holistic approach to solve a generic problem nationally, the absence of leadership meant that a few individuals have taken advantage of the situations. They played the ethnic and tribal game so good that Nigeria is going in tatters.

It will be a matter of time to see where we are heading but it could turn out really worse than what we have seen till date. A situation that could have been managed by sensible leadership and patriotism led us to the existence of Biafra having her own currency and declaring her own holidays.

This has been followed by the Kaduna Declaration in which the North bore her minds and feelings about the East. No amount of retraction can obscure the mind of the North as clearly stated in the declaration, sponsored or not.

We got here because rather than applying common sense, rather than using merit, we sought to one useless federal character under a unitary system that promote foolishness, ineptitude, dumbness and corruption.

Nothing is too late in life. The choices are still before us. We knew before June 12 1993 that we were in an unholy alliance since the military struck in 1966. Some said that Nigeria was stitched together for the pleasure of the Queen of England.

Then treachery, suspicious minds and lack of patriotism took sway a long time ago. A long time ago, Nigeria seized to be a federation. She became a treasure to be captured and it remained so when APC outsmart PDP 2 years ago.

The political class realigned and continued the siege and rape of the land. Criminals everywhere, at the presidency, senate and all over.

Unless the system that encourages this type of madness is cut away soon, the violence trailing Boko Haram, Biafra(IPOB), MEND and the coming effects of both the Kaduna and Niger Delta declarations may lead to undesirable outcomes.

The fundamentals of June 12 1993 revealed that every region in Nigeria should be allowed to control her own politics and resources.

The time misspent in the past can be redeemed if common sense is allowed to prevail now. A stitch in time saves nine.