When those in the corruption ring start to sing and tell, we must not let their revelations and confessions go with the winds the way Atiku-Obasanjo open trials of each other were overlooked by EFCC under Mr. Ribadu. 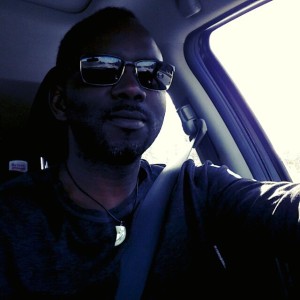 The change slogan that was the hallmark of the APC during the recent elections in Nigeria may bring a lot of wahala in the days ahead.

Buhari is not yet sworn in as the president of Nigeria, yet people were already expecting some actions that will change things around overnight.

During the campaign many people interpreted the change slogan to mean the same as miracles. They will be disappointed if they don’t wake up to smell the coffee, and quickly too.

On a global scale, political campaigns are loaded with promises the same way several chewing gums are coated with sugar.

When the sugar is dissolved or melted, the task of chewing the gum starts. The real work or change for Nigeria will start when the sugar coating melts away on May the 29th.

There are loads of hindrances in the way that should wake everyone up to the realities of the Nigerian calamities brought about by more than 50 years of misrule.

Nevertheless the APC government must bring hope and visible developments clearly befitting the change slogan. The APC dispensation must bring success over time or pack up.

On the anti-corruption front, it appears that the wheels are getting oiled already. It is gathering momentum at a time that the true state of the Nigerian economy is becoming obvious.

The consensus now is that Nigeria’s economy is in a mess. It lies prostrate.

In the hands of Mrs. Iweala Nigeria was dished to the world as the numero uno economy in Africa.

But now she says that Nigeria is borrowing to pay salaries of civil servants. I have always thought that Mrs. Iweala is a crook and on my blog (and probably here) I have repeated calls for her to resign.

Even in 1987-1989 when I studied economy in class 3-5 l knew it would have been criminal if any teacher told me within this short interval that the biggest economy in Africa is that which borrows money to pay salaries.

This sad but realistic revelation heightened the call for the prosecution of Mrs. Iweala, Mrs. Diezani Alison and many actors in the Jonathan destructive and wasteful government.

But trust the theatrics of the Nigerian political space where there are no dull moments and no saints. The revelation of some of the corrupt activities of Olusegun Obasanjo suddenly emerged.

There are some many things in Nigeria that many people regard as coincidences.

I prefer to see the connections between the disgraceful identities of Mrs. Iweala as the woman who now borrows money to pay salaries of civil servants and Obasanjo whose rags to riches story was neglected since 1999.

How Mrs. Ezekwesili’s defence of Obasanjo in the infamous May Day interview adds to this sequence of events is also interesting in the political games in Nigeria.

At some point even before the start of the useless and corrupt regime of Jonathan, a certain civil right group in Nigeria challenged both Obasanjo and Iweala to produce one of the Abacha’s loots that was returned to Nigeria. After some foot-dragging, Mrs, Iweala produced a fabricated financial report of some expenditure that was supposed to have been in the budget.

She invariably was trying to say that Abacha’s loot was used for payments of some projects that were already provided for in that year’s budget.

What this means in simple language is that substantial parts of Abacha’s loot or all of it was re-looted under Obasanjo using Iweala’s fraudulent double cash book.

During the Jonathan oil subsidy scam and the occupy Nigeria struggle Mrs. Iweala threatened to resign and I urged her to do so in one of my blog posts. Nigeria can never miss looters and liars. They are the ones who need Nigeria to sustain their evil ways.

I congratulate Mrs. Iweala in her roles in the sacking of Mr. Shuaib. What are we going to do about her lies about Nigeria’s economy and wealth now that the truth is known?

At this point when change is the slogan, many politicians and Nigeria’s fair-weather friends (like Obasanjo) are trying to associate with the slogan. Many are trying to paint themselves as saints who should be considered in the unfolding political scenario of the APC dispensation.

One day Mrs. Ezekwesili responded to one of my blog posts-Thy Glory O’ Nigeria-where I stated that all Nigerian politicians are criminals and that while she served under Obasanjo, she had also been a part of the corrupt people that destroyed Nigeria. She came on, defending her integrity and stance.

I am not about to change my mind about my conclusions on Nigerian politicians. Not even now when Mrs. Ezekwesili tried to defend Obasanjo’s corrupt regime.

These people don’t understand that while corruption may be relative, the consequences are the same. Nigeria as a country suffers for it and the people, more than 90% of the population, continue to live from hand to mouth. The consequences of corruption and negligence of duties to people and country are not a joke!

Every N1 stolen or taken from the Nigerian treasury at the federal, state of local levels without accountability contributes to the demeaning of the lives of the people. Hence it is not a matter of whether corruption is relative or not.

In public service people should be content with their take-home pay and allowances which in Nigeria is probably already the easiest route to wealth and prosperity. Therefore when people have taken N1 from the Nigerian treasury without probity, they are criminals just like the one who has taken N1 billion. A thief is a thief!

In a recent article I had suggested that it was not Buhari’s job to prosecute people who are corrupt or criminals. Such a task is for the institutions that are saddled with such obligations.

Indeed the APC regime must be seen to allow such separations of powers and independence of various institutions and arms of government. The judiciary and the police must resurrect to perform their obligations as part of the change slogan.

What we are witnessing in the past few days and that which will shape the nature of the change that was promised are the true situations in Nigeria.

When those in the corruption ring start to sing and tell, we must not let their revelations and confessions go with the winds the way Atiku-Obasanjo open trials of each other were overlooked by EFCC under Mr. Ribadu.The anticorruption agency blew away the chance of a life time letting 2 criminals with publicly published facts about each other go free.

The corruption ring in Nigeria that exists among the politicians and political appointees is a type of organised crime. It is crime against humanity because of the overwhelming consequences on the quality of life in Nigeria.

To take down corruption and corrupt people in Nigeria will be an enormous challenge.

When losers and political criminals from the PDP were decamping to the APC en masse it appears that what it takes to be righteous in 2015 was to disown the PDP and become a hanger-on in the APC.

The unfolding revelations about Obasanjo whose roles in promoting corruption and social injustice in Nigeria has been neglected since 1978 will partly help to destroy that myth forever.

In addition, let us constantly remind ourselves that the original APC is also full of political criminals and dubious characters.

Hence there are several reasons why Buhari must not be seen as the prosecutor and the judge in an attempt to bring back the glory of Nigeria and to rid the country of corruption.

The best he can do is to provide leadership by good examples, allow the institutions to run independently and transparently. He could also watch as the anticorruption agencies pick up men and women from the PDP, APC and other places across Nigeria.

This is one of the rare ways that change can come to Nigeria. So, when the Buhari days are over, it would be good to also serve him with justice. For in principle, no one is above the law.

Change will always be in the hands of the people and how they use the power that always belong to them to steer governance.

The people must put pressure on the politicians and always demand openness, probity and accountability. They must ensure that the institutions are strong, independent and functional.

Nigeria’s corruption ring ought to be broken once and for all. All the arguments and unfolding revelations in recent weeks will help to contribute to the change that may steer Nigeria to a better place.

A lasting political solution that will ease the political tensions in Nigeria and one that will ensure the devolution of power away from the centre (such as in a regional government) will be integral in steering Nigeria forward.

2 thoughts on “The Corruption Ring”