Since becoming millionaires in Nigeria do not correlate to owning factories but nearness to the centre of federal, state or local government where national patrimonies are looted, it means that Nigerian millionaires are manufacturers of massive poverty and miseries for Nigerians.

Nigeria’s Independence, The Civil War And The Origin Of Corruption In Nigeria

By Salimonu Kadiri (Guest Writer On Thy Glory O’ Nigeria..!) 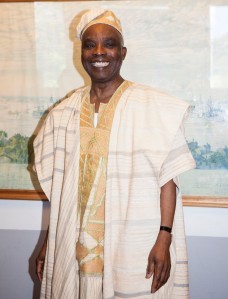 While this quiet transition was happening a number of internal jobs, especially the senior management positions, began to open up for Nigerians, particularly for those with a university education.

It was into these positions vacated by the British that a number of people like myself were placed …. This ‘bequest’ was much greater than just stepping into jobs left behind by the British. Members of my generation also moved into homes in the former British quarters previously occupied by members of the European senior civil service.

These homes often came with servants – chauffeurs, maids, cooks, gardeners, stewards – whom the British had organized meticulously to ‘ease their colonial sojourn.’

Now following the departure of the Europeans, many domestic staff (Nigerians or black Africans) stayed in the same positions and were only too grateful to continue their designated salaried roles in post-independence Nigeria. Their masters were no longer Europeans but their own brothers and sisters.

This bequest continued in the form of new club memberships and access to previously all-white areas of town, restaurants, and theatres (see p. 48 – 49, There Was a Country by Chinua Achebe).”

It is very important to note that Nigerians who stepped in to fill the jobs left by Europeans and inherited their rates of pay and privileges also played the role of the colonialists. The offices occupied by Nigerians after Independence were designed and meant to serve the interest of Great Britain and they remain so till date.

However, within six years of independence Chinua Achebe asserted that, Nigeria was a cesspool of corruption and misrule” where public servants helped themselves freely to the nation’s wealth (p.51, There Was a Country).”

As Nigerian public servants and politicians preened themselves in the perfection of the white man’s life, they became extravagant and flamboyant while being conspicuous and spectacular in consumption of imported materials. At that stage, the inherited rates of pay and privileges were no longer enough for Nigerian public servants, employed or politically appointed. That was the origin of corruption in Nigeria.

Exactly five years, three months and fourteen days after Nigeria had obtained sovereignty from Britain and at 12:30 P.M., on January 15, 1966, Major Patrick Chukwuma Nzeogwu, announced in a broadcast from Radio Kaduna that the Supreme Council of the Revolution of the Nigerian Armed Forces had taken over power in the North.

Our enemies, Nzeogwu said, are the political profiteers, the swindlers, men in high and low places that seek bribes and demand ten per cent. Declaring a martial law, he listed embezzlement, bribery and corruption among offences that carried death sentences.

Unfortunately for Nigeria and Major Nzeogwu, his comrades in the South had been infiltrated by tribal chauvinists. One of the coup plotters explained that Major Don Okafor and Captain Ogbo Oji had taken a stand against any step that might embody the killing of Ironsi.

Therefore, while the would-be assassins were pointedly making for his (Ironsi) residence he was at the same time heading towards Ikeja (2nd Infantry Battalion) to enlist support to quell the rebellion of the Majors. Major John Obienu who was to come to Lagos from Abeokuta with armoured cars in support of the Majors’ rebellion renegged and linked up instead with Major General Ironsi at Ikeja (see p. 125 – 126, NIGERIA’S FIVE MAJORS; COUP D’ÉTAT OF 15TH JANUARY 1966, FIRST INSIDE ACCOUNT BY BEN GBULIE).

It is noteworthy that Captain Ben Gbulie fought on the side of Biafra during the Civil War. In Enugu Major Chude Sokei and Lieutenant Jerome Oguchi of the 1st Infantry Battallion were assigned the role of killing the Premier of the Eastern and Mid-western Regions, Dr. Michael Ihenokura Okpara and Denis Osadebey respectively, but the would-be assassins had turned pacificists that did not like to see bloodshed (see p.136 of Gbulie’s book).

Two hours after Nzeogwu broadcast in Kaduna, Major General Johnson Thompson Umunakwe Aguiyi Ironsi caused Radio Lagos to broadcast at 14:30 P.M., that in the early hours of this morning, 15th January 1966, a dissident section of the Nigerian Army kidnapped the Prime Minister and the Minister of Finance and took them to an unknown destination.

The General Officer Commanding (Ironsi) and the vast majority of the army remained loyal to the Federal Government and are already taking appropriate measures to bring the ill-advised mutiny to an end. On Sunday, 16th January 1966, when General Ironsi announced his taking over of power in Nigeria at 23:50 P.M., fifteen casualities of the Majors’ coup included the Prime Minister of the Federation, Sir Abubakar Tafawa Balewa; Finance Minister, Chief Festus Okotie Eboh; the Premier of Northern Region, Sir Ahmadu Bello; the Premier of Western Region, Chief Samuel Ladoke Akintola; Brigadier Zakariya Maimalari; Brigadier Samuel Adesujo Ademulegun; Colonel Kuru Mohammed; Colonel R. A. Shodeinde; Lieutenant Colonel Abogo Largema; Lietenant-Colonel Yakubu Pam and Lietenant-Colonel Arthur Chinyelu Unegbe. Just as Ironsi did not take over power to fight corruption in Nigeria, so were those who overthrew him towards the end of July 1966.

Since 1985, and especially in the last 16 years, corruption as observed by Major Nzeogwu in January 1966 had grown from 10% to 200%. Political elites in government and civil servants, including the judiciary are accustomed to using their offices to share power and the resources of Nigeria among themselves.

Money budgeted for road constructions, hospitals, education, power supply, potable water, housing, turn around maintenance of oil refineries and even pensions have been looted by political elites, civil servants in the ministries, departments, parastatals and judiciary.

The main core of the Nigerian economy, oil which in the constitution of Nigeria is the property of all Nigerians have been appropriated by the elites to themselves through the issuance of oil blocks to one another.

Since becoming millionaires in Nigeria do not correlate to owning factories but nearness to the centre of federal, state or local government where national patrimonies are looted, it means that Nigerian millionaires are manufacturers of massive poverty and miseries for Nigerians.

The treasury looters in Nigeria give birth to unemployment, armed robbers, kidnappers, drug traffickers (even to countries where the penalty is death sentence), ethnic insurgents and Boko Haram while they force others to look for means of livelihood in exile.