…But what you saw yesterday 23rd of February is tribal, religious and ethnic votings where the people are disorientated and they reinforced the notion that Nigeria is never going to work as a country but as a business enterprise where the winners take it all. 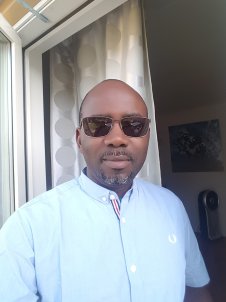 The AAC party and the #takeitback movement offered Nigerians another approach to life and a hope for the future. It is the closest thing to the mandate that the military gangsters stole in 1993.

The AAC was led by Omoyele Sowore.

Another notable party with a presidential candidate not tainted by previous engagement with either APC or PDP is ANN headed by Fela Durotoye.

In any case, the election results showed that either APC or PDP would win the presidency.

More than 100 million Nigerians are poor. They are living from hand to mouth. They are unsure of the next meal. These people are mostly unemployed and they live under some of the most inhumane conditions on earth.

On election day, there was only one way to show that they are not satisfied with the lives they are living, and that is to vote another party so that both APC and PDP should be empty on the ballot papers. That is the only thing that would have shown that Nigeria is a country unified against SLAVERY and TYRANNY.

But what you saw yesterday 23rd of february 2019 was tribal, religious, and ethnic votings where the people are disorientated and they reinforced the notion that Nigeria is never going to work as a country but as a business enterprise where the winners take it all.

From 1999 to 2015, PDP emptied the Nigerian treasury. From 2015 to date, APC has been emptying the treasury and the classical example was when 2 cash vans allegedly carrying over 100 million dollars arrived the home of Bola Ahmed Tinubu, one of the most dangerous criminals alive in the world today. He is of the ruling party, APC.

So rather than revolt with their votes and go for a new country where leadership will be accountable and where there will be null tolerance to corruption, Nigerians kept fate with their slave masters in both APC and PDP.

If Nigeria does not divide into various regions and if a war does not break because of the ethnic tensions, ethnic cleansing, killings by herdsmen, bandits on the rampage and Boko Haram war in the north, the people of Nigeria have decided to be slaves together for at least 4 more years.

I want this to be a short essay because l have written about all of these since 2002 and to have the courage to continue is definitely legendary. How many bloggers are left to write about these things since we started blogging back in the days?

So my congratulations to the slaves of Nigeria. They keep shouting, who is Sowore, what is AAC? They are mocking us for not seeing that Nigeria is a two party state. Really? Two parties? They mean the same party organised into 2 for the same purpose of stealing, looting and enslavement. But they know nothing..! lgnorance and almost complete lack of public education have taken their tolls on the average nigerian mentality and way of reasoning.

I mean even if AAC or ANN are not as popular as PDP and APC, are there not enough reasons to see that APC and PDP are the same criminal organisations that regularly interchange members? But like l opined earlier, Nigeria is not a country, so the different ethnic groups continue to fight for the center and the unitary system of government makes Nigerians one of the most low level thinking humans as far as politics is concerned.

I wish you a happy journey to the next 4 years of slavery.

Thank you Sowore (of AAC), and thank you Durotoye (of ANN) for fighting a good fight. You guys were new on the block and you gave us hope for a moment. Now as we (Sowore, Durotoye and l) go towards our 50th birthday, let us sit back and have fun. We have done our bits and we deserve to chill sometimes.

But it would be nice to see you fight again if Olodumare gives us the grace to be alive at the next opportunity. Afterall life expectancy in Nigeria is about 40 years now! (a private communication with my medical doctor friend at LUTH is the source) and we have lived a bit more than that already. We are survivors!

Thank You Sowore, thank you Durotoye!

Best of luck to the 100 million slaves about to take a bow to APC + PDP.